Seems so. It’s one of the neweset marketplaces which has managed to garner immense popularity and reputation in the industry.

It’s the near-perfect example of what most other Darknet Markets strive to be.

But, is it secure enough? Does it offer the products an everyday Darknet-goer seeks? Are the payment modes accommodating?

These are just some of the questions we’ll be answering in this Empire Market review.

Disclaimer: Do not buy/sell/trade on Empire Market, or any other Darknet Market. It’s illegal. This article can solely and exclusively be used for research purposes only. Any and all activities on any Darknet Market, including Empire Market will solely be your own responsibility.

If you are still trying to explore the empire marketplace then you should follow below given steps for security or anonymity.

Never, ever explore the darknet without any premium VPN services, and Tor Browser JavaScrip enable mode. Full detail step by step how to access the deep web tutorial, click here.

Why make you go through this entire Empire Market review if it doesn’t satisfy your basic requirements?

Well, here’s a list of everything Empire Market is made up of:

If those tick some of your boxes, I believe this Empire Market review should serve you well.

To get you an even better idea of its strengths and weaknesses, here I’ve listed the primary Pros and Cons of Empire Market:

What products does Empire Market sell?

The reason Darknet Markets are called that, is because of their products.

Also, products/services are available, or not available may make or break a marketplace.

Let me just say that, Empire Market, being arguably the most popular darknet market today, sells almost anything you can ever imagine.

If something isn’t on Empire Market, chances are, it won’t be available elsewhere either.

Currently, Empire Market has a product-arsenal stocked with exactly 53107 listings. By current market-standards, this number is head & shoulders above its competition.

A total of 11 categories exist. The most popular ones being Drugs, Digital Products, Fraud and Guides, Counterfeit items etc.

I’ve designed a chart which shows the exact number of products in each category:

What is not available on Empire Market?

Yes, a Darknet Market sells anything that is illegal or rare to find.

But, a marketplace as popular as Empire didn’t rise to the top without morals and codes of conduct.

It strictly prohibits the buying/selling or trading of:

Does Empire Market accept new vendors? What are the requirements?

It most definitely does.

In fact, the “vendor-stats” on Empire Market are a big factor which help vendors get free vendor accounts on other marketplace. That’s just how popular Empire Market is.

As for the requirements, well, some pretty serious ones are in place.

For starters, there’s a $500.00, non-refundable vendor fee. It’s one of the highest vendor fees in the industry. But, that’s the price one pays for vending-rights on the most popular darknet market.

Although, it also is a protective measure and helps keep the scammers at bay.

Vendors also are not allowed to ask for F.E unless they’re independently approved.

And finally, the same of all the restricted items/services mentioned above in this Empire Market review can’t be sold by the vendors.

Does Empire Market have an autoshop?

This also is what grants Empire Market the edge over its competitors. Not even the oldest marketplaces can boast of autoshops.

If you’re new to Darknet Markets, allow me to explain. Autoshops are shops which  are automatic (hence the name).

There are no vendors involved directly. Buyers go to the autoshop, select a card or account they need, buy it, and it’s delivered instantly.

The CC autoshop, well obviously sell cards of all types.

Even though there’s no escrow on the autoshop, there’s one-hour feedback time to check if a card is dead or live.

Which Cryptocurrencies are accepted on Empire Market?

Since its early days, Empire Market has been big on options.

It doesn’t confine users to only Bitcoin. Rather, also allows payments through Monero and Litecoin.

There’s no minimum deposit limit (as long as the transaction costs are covered).

No, it’s not. And this probably is the only aspect of Empire Market which most users aren’t satisfied with.

This generally would be a red-flag, if Empire Market was a new marketplace.

But, having established itself as “not-scammer”, I do believe the chances of Empire Market running off with your funds are negligibly low.

Although, sure, wallet-less marketplaces seem a bit more straight-forward and easier to use.

For the uninitiated, wallet-less marketplaces are those marketplaces which do not have “centralized wallets” on the marketplace. Rather, users pay for each order individually, on the check out page.

This ensures there’s never any “excess” or “leftover” funds on the marketplace.

Why is this even a question on this Empire Market review?

Well, because not all marketplace allow withdrawals once you’ve deposited funds. Fortunately, Empire Market does.

Whatever excess or leftover funds remain on the marketplace can be withdrawn, for a fee, of course.

Would it still be here if it wasn’t?

Let’s start off with the fact that the user-dashboard of every user has a security-scale:

If there are aspects to your account-security which need improvement, they’re shown in this section.

As for the actual features, Empire Market supports:

The 6-digit PIN is required when withdrawing funds. It also can be optionally enabled for purchases.

The 2 of 3 multisig transactions are a more recent integration to Empire Market. These are stronger than the traditional Escrow. Each transaction is bound by 3 keys, all the involved (the vendor/buyer/seller) hold one key each.

The approval of at least 2 of those 3 parties is required in order to send a transaction through.

The 2-FA is the standard 2-FA which can be implemented using PGP.

The login phrase too is no rocket-science. A basic anti-phishing measure set by the user during registration.

Thereinafter, it’s displayed permanently and always on a user’s dashboard. It’s not there? You’re on a phishing page.

Needless to say, the regular Escrow is there to protect both sides of a trade.

I understand why you may ask that.

Before depositing funds to a centralized-wallet marketplace, it’s important to know if account- recovery is an option.

Empire Market provides a Mnemonic code just after registration. It can be used to recover accounts.

I personally consider this a security feature.

The ability to help peek into a vendor’s history before making a trade clearly helps scammers, doesn’t it?

Here’s what a normal vendor-profile looks like on Empire Market:

As is evident, it shows:

Note that the “Buyer statistics” too are displayed. These help the vendors determine if a buyer is serious, or just another scammer.

What are the search-filters on Empire Market?

I do wish to make this the most detailed Empire Market review out there.

So, let’s not skip the search-filters? These come in handy when buyers search for products.

Here’s what the search-panel on Empire Market looks like:

It truly is one of the most filter-rich search panels in the industry. The offered filters include:

If this is set right, the buyer finds exactly the product he/she is looking for in seconds.

I’ve been with quite a few other marketplaces (purely for research purposes), and I must say not many of those offer the price-range, payment cryptocurrency and vendor trust-level filters.

What is Empire Market lottery?

Probably the most exclusive feature that can be mentioned on this entire Empire Market review.

As the name suggests, it’s a lottery. Each ticket costs $1.00. Each ticket allows selecting 6 numbers at will.

The results are based on the Blockchain. In simpler words, 6 numbers are generated everyday.

The more numbers match with your initial selection of the 6 digits, the more money you win.

2/6 correct numbers will win you 2x the ticket price.

That’s about it folks, do hope this Empire Market review helped you get a better idea of the marketplace?

Be it product-quantity, security-features, or user-base, there’s not a lot missing with Empire Market.

As far as my personal verdict goes, I believe if there’s one marketplace with a really long future, it’ll be Empire Market.

Sure, if they implemented wallet-less payments that would just skyrocket their already exponential growth.

But my opinion can’t be universal. I’d love to know what you think of the marketplace, the comment-box on this Empire Market review is all yours. 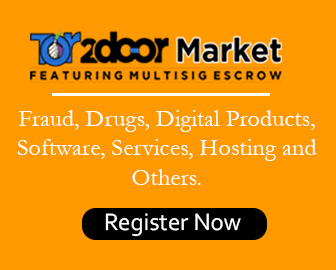